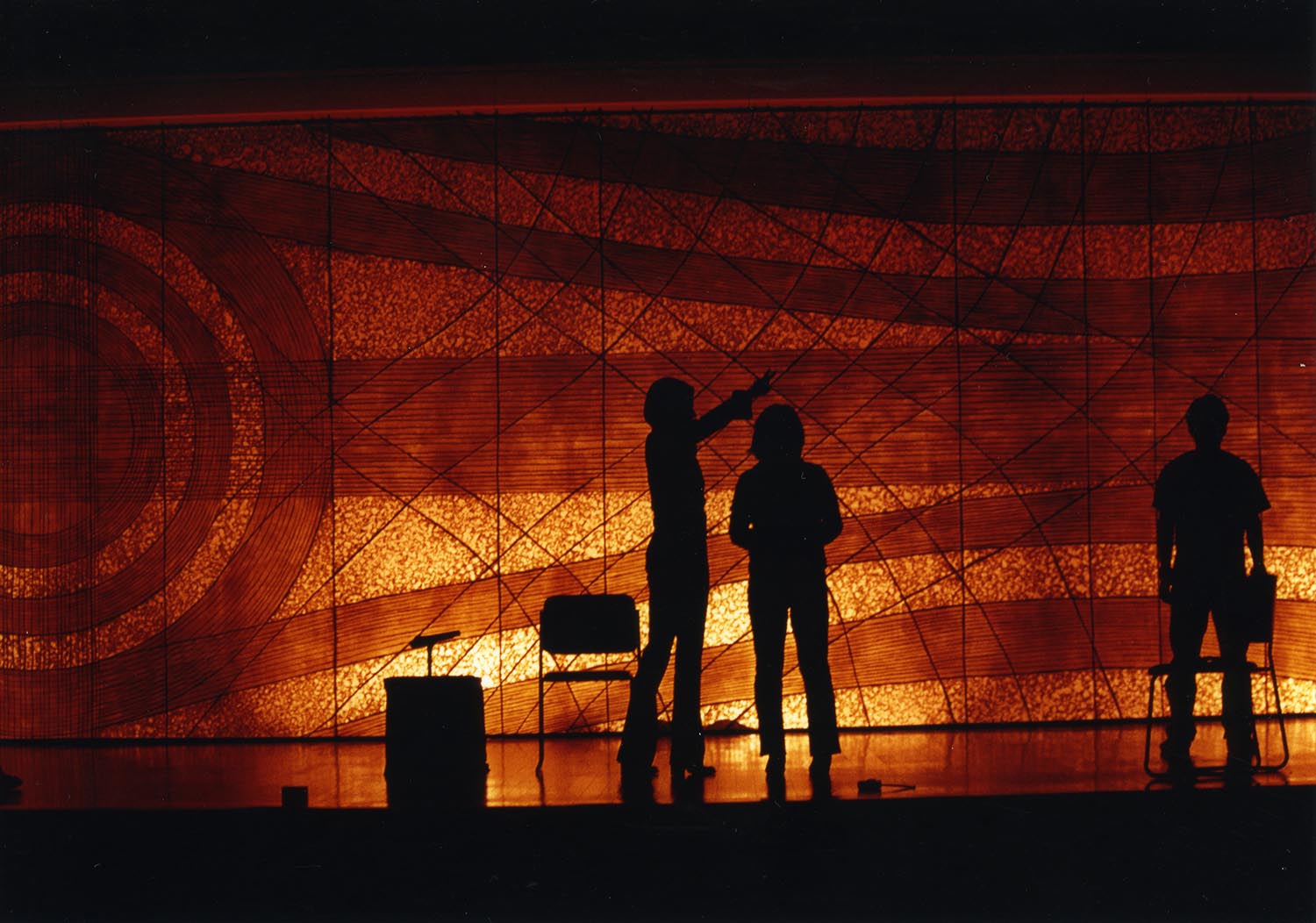 Stage backdrop for the Silk Road concert tour by cellist Yo-Yo Ma, which debuted at Carnegie Hall, New York. The 15m×4m backdrop is an original design with embedded mulberry fibers that express the searing expanse of dunes along the Silk Road, the crossroads between East and West, people and cultures. The three circles in the center symbolize an exchange between the past, present, and future. Concerts were also held at the Tokyo Opera City Concert Hall and the Osaka Philharmonic Hall.