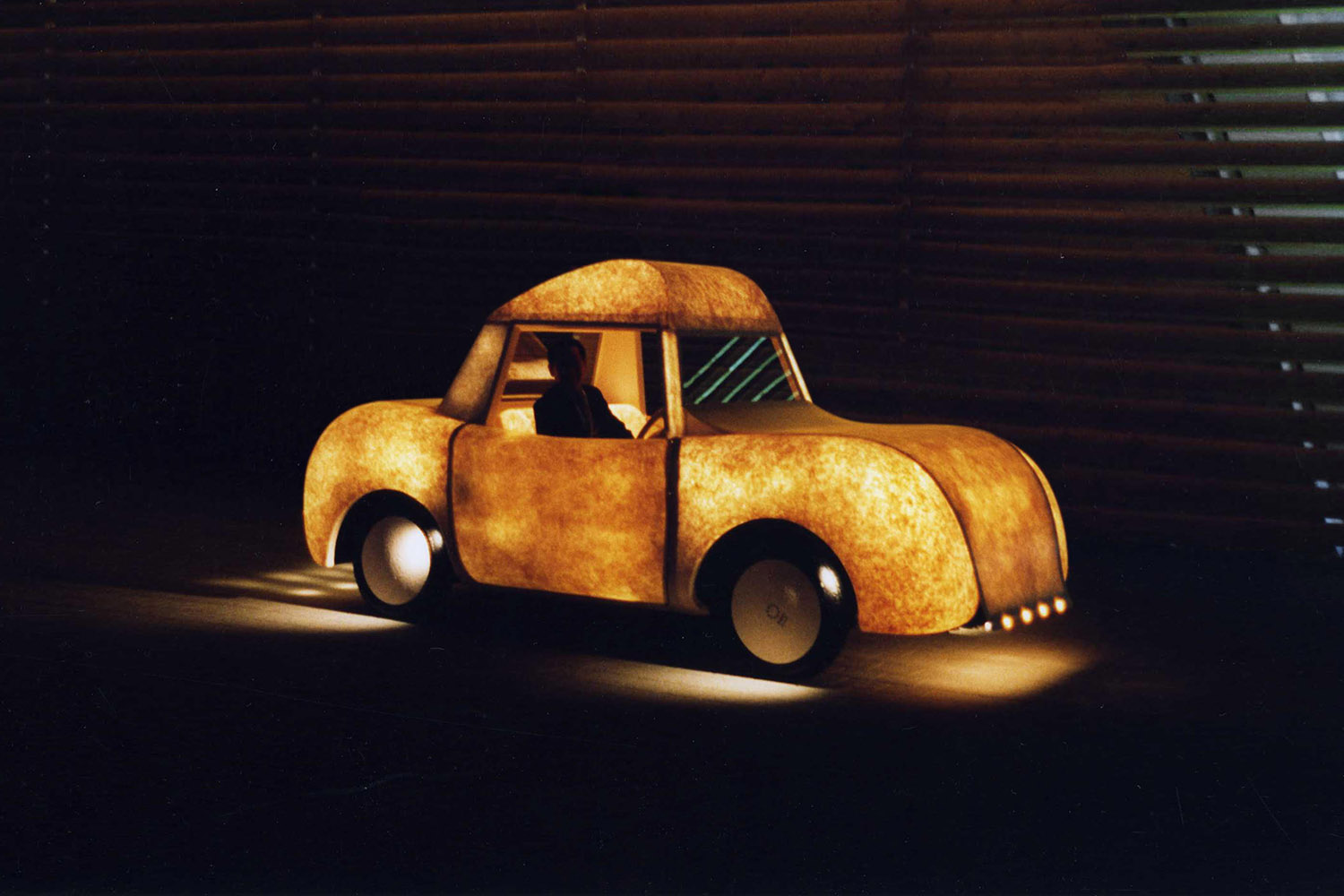 An electric car conceived and designed by chalcographer Yoko Yamamoto. The car was crafted both inside and outside with the new 3-dimensional washi making method using resin developed by Horiki. It runs at a top speed of 125 km/h carrying two people. It is called “firefly”, since it shines from inside as it moves. In 2005, the work was exhibited at the JAPAN Pavilion EXPO 2000 Hannover as a concept car of Aichi Expo which was held based on the theme “wisdom of nature”